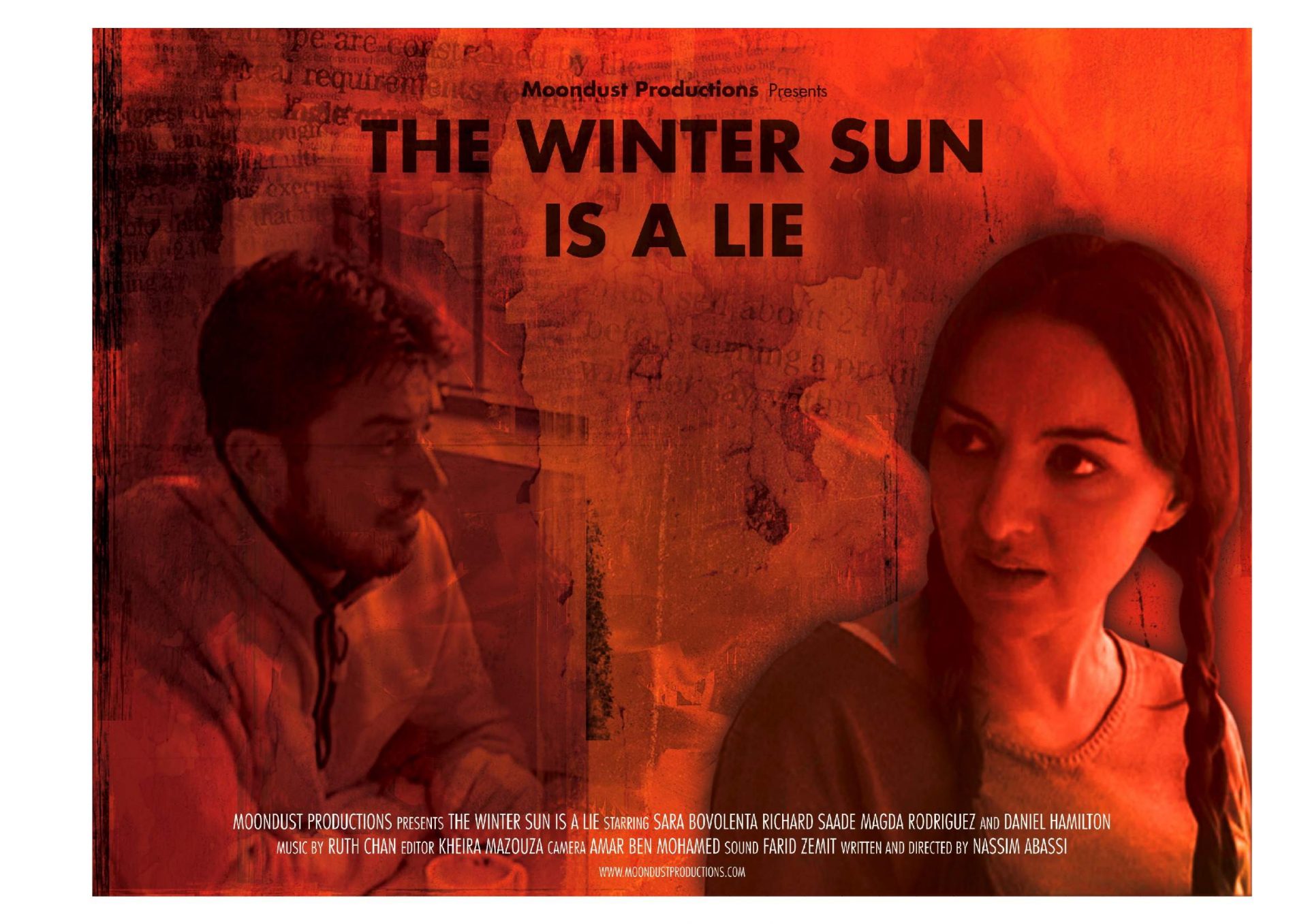 Set in London during the emotional and political aftermath of the recent war and occupation of Iraq, THE WINTER SUN IS A LIE is an Award Winning quirky drama about lies and liars.

Fatima is a young British Muslim woman of Moroccan origin who ran away from her family and now shares a house with two girlfriends in Tottenham. One morning she receives a call from someone claiming to be from the Police. He tells her that there will be a visit later that day to her house to interview her, but refuses to tell her why.
.

Take a peek inside the Film